To some a glass is half-empty; others see it as half-full. I tend to regard it as a glass that is twice the size it need be. So now the pandemic (plus a little incursion along the Baltic Sea) has brought us to the point of $6.50/gallon—regrettably, I still drive a conventional vehicle as I save up for a Lucid Air—gasoline. But rather than bemoan the price, I marvel at have rapidly I can now pump $20 worth of Arco Unleaded whenever I fill up!

Earlier this month, Your West Coast Oenophile hit the road again on behalf of Sostevinobile, returning to Sonoma’s Veterans Hall for the revival of Garagiste Festival Norther Exposure. Given the two-year hiatus since its last rendition, I shouldn’t have been surprised that, of the 43 wineries on hand, 17 were either previously untried or utterly new to me, along with several I first encountered only last November at the Paso Robles session. 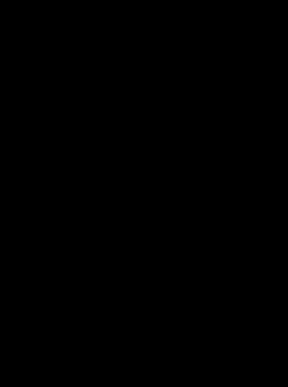 The only problem with tasting with and evaluating so many new labels is that I forget to take photos while jotting down my notes. And so, I’m afraid my sundry readers must make do here without the benefit of images. But know that i was impressed with this array of newcomers, starting with the potpourri of German, Italian, Portuguese and French varietals Accenti Wines poured. While all proved quite amiable, I was vastly impressed by the 2020 Dry Riesling Fountaingrove District, a wine that belied its reputation for having a sweet tinge. Meanwhile, microproducer Amrita Cellars firmly asserted itself onto the Pinotism bandwagon, with clear progress shown from its 2017 Pinot Noir Sonoma Coast to the more vibrant 2018 Pinot Noir Russian River Valley.

It’s highly tempting to call Sandro Tamburin’s Anthesis Wines the antithesis of the wines his father-in-law Ray D’Argenzio produces at their shared Santa Rosa facility. All punning aside, I’d be hard-pressed to select a favorite among the four superb wines Anthesis had on display: a 2018 Chardonnay from Napa Valley, the 2017 Pinot Noir Petaluma Gap, or two orange wines, a 2016 Picpoul Blanc and a 2016 Falanghina, both from Alder Springs Vineyard. Meanwhile, a marvelous discovery from the eastern Carmel Valley, a region from where one might expect a slew of Pinot Noirs, Boëté Winery made its stand a Bordelaise powerhouse. Sourced exclusively from their Saunders Vineyard, their three-varietal blend (Cabernet Sauvignon, Merlot, Cabernet Franc), the 2018 Cheval Rouge proved a worthy homage to the Right bank’s legendary Cheval Blanc, while both 2018 Cabernet Sauvignon and the 2018 Merlot shone through for their own merits.Even more impressive, B0ëté’s 2017 Reserve Cabernet Sauvignon easily rivaled a $250 Napa Cab for a third of its price.

Wesley Box  probably never anticipated the emergence of boxed wines when he began his Box Wine Company. Fortunately, there was no double-entendre among his offerings here, highlighted by the 2020 Black Roses Sangiovese and 2020 Black Roses Pinot Noir, along with a distinctive 2020 Sirras Knights Valley. BSC Wines, short for Brue Skok Cellars, proved a rare find, excelling in both the Burgundian, with a standout 2016 Stony Point Pinot Noir and with their Bordeaux blend, the 2016 Geography Lesson—no mean feat for the same winemaker.

Hailing from Healdsburg, Charlie Gilmore’s vineyard-specific Cormorant Cellars comported themselves amiably, most notably with a 2021 Chardonnay Zabala Vineyard. Meanwhile, Forgotten Union sounds like a perfect wine to help consummate a one-night stand; nonetheless, their 2018 Vidi Vitis Cabernet Sauvignon from Oakvilleproved quite memorable. another Cab I quite cottoned to the Sonoma offering from Guerrero-Fernandez Winery,  the 2013 Cabernet Sauvignon Knight’s Valley. 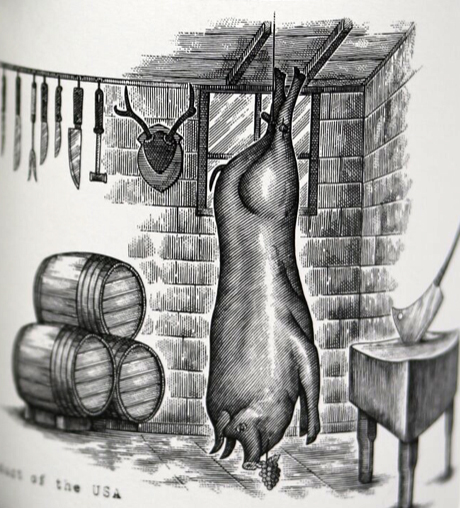 No suspense here. Lussier Wine Company will probably not gain many fans among vegan circles, but their 2019 Pinot Noir Golden Fleece Vineyard would certainly complement a plate of prosciutto, while their 2020 Chenin Blanc Green Valley Vineyard shone through on its own. Kevin Lee’s Marchelle Wines may fit the bill as a Garagiste, but winemaker Greg La Follette certainly is no neophyte. Breaking from the confines of Chardonnay/Sauvignon Blanc/Pinot Noir/Zinfandel that define his craft at Quivira and his eponymous label. And so the true delights here were the 2020 Cinsault Bechthold Vineyard, the 2019 Marchelle Carignan Jessie’s Grove, and a delightful rarity, the 2021 Pinot Meunier—my go-to wine for Thanksgiving, anytime I can source some.

One of the jewels of the Pine Mountain Cloverdale Peak AVA is Nikki Mustard’s Pine Mountain Vineyards, a winery, despite its small production, gives tremendous credence to this up & coming Napa challenger. Standouts from their exceptional lineup included the 2019 Estate Cabernet Franc, a 2018 Estate Red Blend, (a mélange of 68% Cabernet Sauvignon, 26% Merlot, 6% Cabernet Franc), and perhaps the most impressive wine of the afternoon, the near-flawless 2012 Ampère Cabernet Sauvoignon PMV Estate. Nonetheless, I doubt anyone else could have charmed me more than Ashley Holland, co-owner and vintner at Sonoma’s Read Holland Wines. But her pulchritude belied the excellence of her vinifications, most notably her 2019 Pinot Noir Deep End and her luscious library selection, the 2016 Pinot Noir Deep End.

Arthur O’Connor’s Rondure Wines made a noteworthy debut, also with selections of his Pinots: the 2019 Pinot Noir Russian River Valley  and the vineyard-specific 2019 Pinot Noir Sangiacomo Roberts Road Vineyard, both made with his revival of the Spanish tecnica de capas. Also featuring their first vintage from 2019, Terre et Sang excelled with his Santa Barbara Syrahs, in particular the 2019 The Long Road Syrah Thompson Vineyard and a deft Syrah-Grenache blend, the 2019 Leave It to the Birds Peake Vineyard.

Closing out my new discoveries for the afternoon, Gondak’s offshoot, Little X Little impressed with their 2020 Chenin Blanc Mangels Vineyard from Suisun Valley, while Tiana Sawyer’s aptly-named Wild Rising Wines showed across the board excellence, particularly with thee 2021 Ana Rosé of Pinot Noir, a 2021 Aqua Chardonnay from Petaluma Gap, and the deep-bodied 2019 Igris Cabernt Sauvignon.

Not to give short shrift to the other 26 wineries on hand, all of which I extolled in the past and happily tasted once again. But with so many wineries on hand, is there any wonder why I forgot to snap any photos?