Your West Coast Oenophile has been avidly involved in the wine realm for over 40 years now, including more than a dozen running Sostevinobile, but even with this track record, there are still some mainstays in viticulture whose popularity I do not comprehend. Like Valdiguié, formerly known as Napa Gamay, a varietal that flourished as ubiquitously as Chenin Blanc when I started out in 1982. Call it what you will, the varietal still strikes me as clawing. But, perhaps like Lagrein, an Italian grape to which I initially did not cotton, it the right hands, it can prove to be wondrous.

My introduction to Sauvignon Blancs came from the grassy-grapefruity renditions that dominated the 1980s; 40 years later, I still struggle to approach this varietal without trepidation. Granted, I am quite fond of Sauvignon Blanc deftly tempered with Sémillon or a blend heaviluy mixed with a Musqué clone, but when I am searching for a white wine, I will almost always opt for a Falanghina or Albariño or Roussanne or Pinot Blanc or a dozen other non-Chardonnay selections before I consider an SB. Try as I mght, the varietal simply doesn’t resonate with me the way it does with so many other dedicated œnophiles. On the other hand, if someone wants to gift me a bottle of the 2019 Screaming Eagle Sauvignon Blanc…

Just as I cannot comprehend the tremendous enthusiasm so many have for Sauvignon Blanc, I find myself unable to ascribe to the fanaticism many have for Pinot Noir. It’s not just Pinotism, the cult-like devotion to the grape, as Andrew Jeffords recently illustrated; I also revel in the nuances of an amazing Pinot but shy from the lesser expressions of the varietal. My incredulity, however, is more directed at the implied post-Sideways notion that a winery must produce Pinot Noir as the sine qua non in order to be considered credible. In recent weeks, I have attended events like Pinot Paradise at Gravenstein Grill in Sebastopol and the Petaluma Gap’s AVA-focused Wind to Wine Festival; of course, there were a plethora of truly wonderful Pinots poured at each. But my overall impression was “why?” Labels like Scherrer and Radio Coteau have long validated their inclusion in the upper echelons of Pinot producers. Likewise, major vineyard holders like Dutton Goldfield and Three Sticks offer amazing renditions of their own grapes. But how many wineries can make a truly distinctive Pinot Noir from the same vineyard?

I cannot recall a preference for or noteworthy difference among the half-dozen or so Pinots sourced from Sangiacomo Vineyards. Nor those I tasted from Sun Chase. I see the same inundation of labels from other distinguished vineyards in Sonoma, including Carneros, Russian River Valley, and West Sonoma. It becomes even more egregious in renowned Pinot regions such as the Santa Lucia Highlands, where innumerable labels source grapes from a dozen or so mega-vineyards like Garys’ or Rosella’s.

But Pinot Noir isn’t simply limited to  plantings in Sonoma and Monterey Counties. Anderson Valley in Mendocino, Santa Maria Valley and Sta. Rita Hills in Santa Barbara, wide swaths of the various counties in Santa Cruz Mountains AVA, and, of course, Burgundy’s twin Willamette Valley AVA in Oregon all contribute to an amalgam of more Pinot producers than one could possibly enumerate. 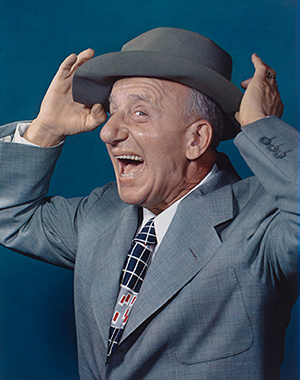 And it doesn’t end there. Ridge Vineyards, a winery whose considerable prestige needs no validation, now produces a Corralitos Pinot Noir, simply because legacy owner Ichiro Otsuka wants it made. A similar reason releasing a Pinot was expressed by the financial partner of Tansy, a new label otherwise focused exclusively on Italian varietals. As the late, great Jimmy Durante was fond of saying, “everybody wants to get into the act.”

At its finest, I recognize that Pinot Noir offers greater complexity and variation than almost any other varietal. As my colleague Laura Ness recently illustrated, the grape offers a vast array of clones, each with distinctive character and viticultural properties. On the other hand, most mainstream (aka affordable) Pinots approach being lackluster, which once begs the question “why are so many producers insistent on making this varietal?”

Oenology may represent a cultural apex on par with the fine arts, but it is also has a pragmatic business aspect few producers can afford to eschew. I cannot fathom how so many labels can focus on Pinot Noir and thrive in a competitive market but it is not my position to tell winemakers what they should produce. I will, however, proffer that one can just as readily demonstrate one’s viticultural acuity with any number of other varietals, such as Chardonnay, Riesling, Cabernet Sauvignon, Zinfandel, Syrah, Tempranillo, Nebbiolo, Malbec, and, yes, even Merlot!

It may seem contradictory that, despite my protestation of Pinot fatigue, I am heading to Sonoma next week for the annual Pinot Noir-focused Healdsburg Crush, but I have interspersed these visits with a number of other Grand Tastings from AVAs that focus on a variety of different grapes. Though known as the foremost rival to Napa’s claim to Cabernet supremacy, its western neighbor excels in a number of varietals, including Sangiovese, Barbera, Chardonnay, Sauvignon Blanc, and a wide range of Rhône-style wines. Labor Day weekend’s poolside Access Alexander Valley featured long-established wineries like Seghesio, Rodney Strong, and renowned Chardonnay specialist Robert Young, alongside showcase châteaux Lancaster and Ferrari-Carano, as well as ambitious starters like ACTA and La Cienega.

A couple of weeks later, I wound my way up to Yountville for the return of Taste of Mount Veeder, a showcase for one of Napa’s most prestigious hillside AVAs. Despite the threat of atypical September rainshowers, this event still proceeded on the lawn of Domaine Chandon; though the terrain proved challenging at times, the muddied field could hardly rival the famed “Pinot in the River” tasting in Healdsburg several years ago. But between intermittent cloudbursts, the afternoon proved a wonder opportunity to revisit with numerous wineries and sample through their current releases.

Of course, like Alexander Valley, Mount Veeder is known primarily for its Cabernet Sauvignon, but the vintners here demonstrated their prowess with a disparate assortment of varietals. with such bottlings as Lagier Meredith’s always-intriguing 2019 Mondeuse and the 2014 Precious Bane, a port-style (fortified) Mount Veeder Syrah. meanwhile, heir apparent Aaron Pott held his own with the 2021 Viognier Pott Art.

My overt fondness for Mary Yates aside, her Yates Family Vineyard’s 2018 Fleur de Veeder Merlot proved most impressive. As did the 2014 Mount Veeder Malbec from Godspeed. And relatively atypical Cabernet blends abounded here, like the sumptuous 2015 Mary Ann Red from Gamble Family, a Cheval Blanc homage consisting of 56% Cabernet Franc, 32% Merlot, and a mere 12% Cabernet Sauvignon. In signature fashion, Paul Woolls’ Progeny rounded out 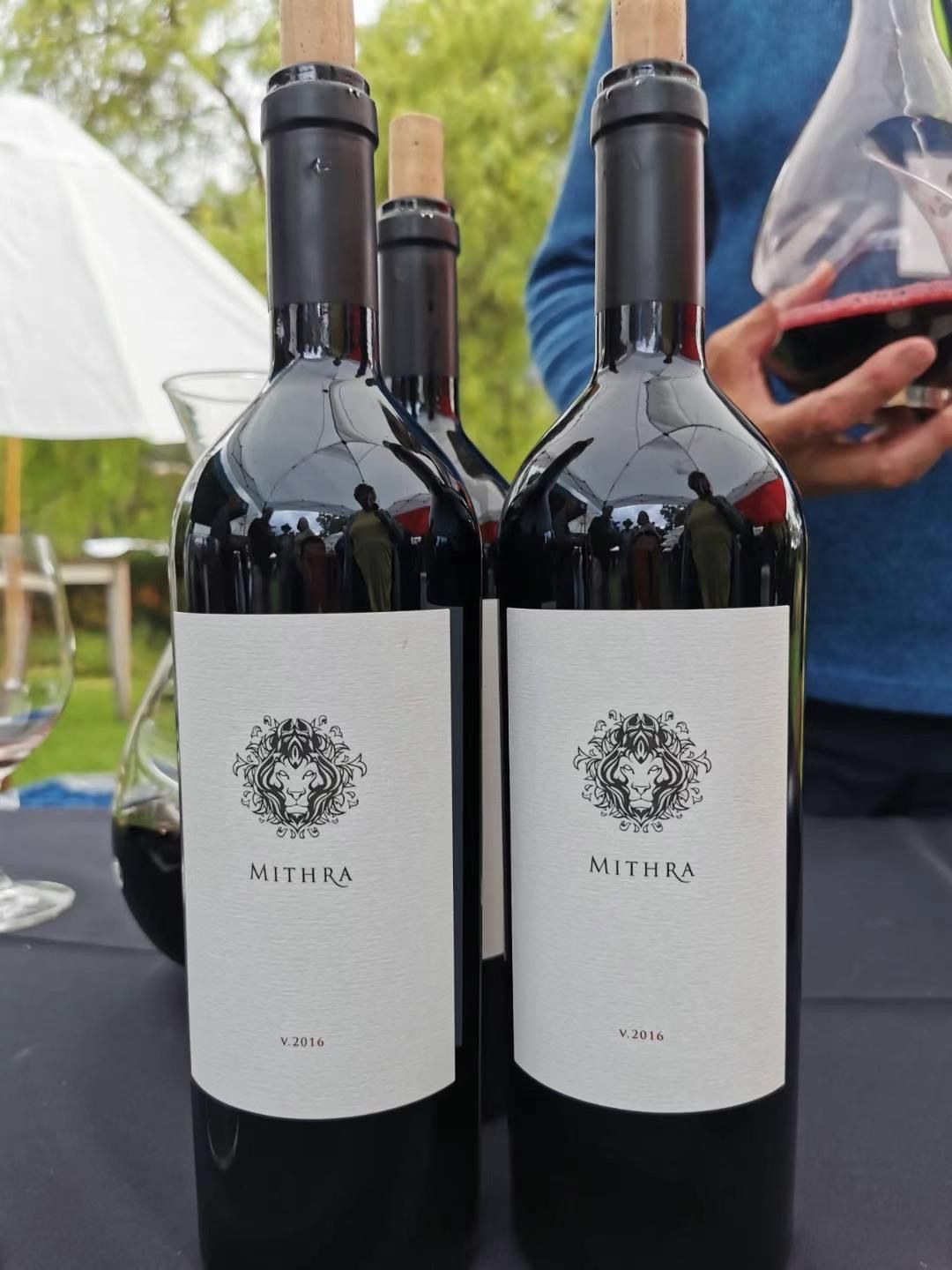 the typical five Bordeaux varietal blend in their 2018 Reserve Cabernet with 2% Carménère from their Mount Veeder estate, while Random Ridge replicated a SuperTuscan, marrying Sangiovese and Cabernet in their 2019 Fortunata.

Marching forward, Your West Coast Oenophile became mired in circumstances that compelled me to miss out on this year’s celebration of Première Napa Valley. Regrettable, of course, but with the prospect of finally launching Sostevinobile’s physical operations this year, I have vowed to return in 2013 fully credentialed as a prospective buyer.

Seriously, as much as I loved the Howell Mountain tasting, I probably could not have faced sipping another Cabernet for at least a week. Which made the 15th Annual Rhône Rangers Grand Tasting three days later all the more welcome.