Attention, Millennials! Sostevinobile is counting on your business. And so Your West Coast Oenophile is issuing this challenge: find your T. S. Eliot! Seriously, if your generation could come up with a poet whose Weltanschauung was as bleak as that of The Wasteland, all this talk of neo-abstinence would dissipate in a flash! And remember, the published poem you may have read in college is the redacted version, after Ezra Pound excised three out of every four lines Eliot originally wrote. If you ever want something that will drive you to drink, try reading the original.

Speaking of redacted texts…not going there. Not to be derisive, but this blog eschews politics almost as much as it eschews the prevalent notion among San Francisco sommeliers that a wine must be imported from outside California accorded any degree of gravitas. But I have no inhibition against debunking the recent spate of pseudoscientific studies on the deleterious effects of alcohol nor the corollary reports on how the up & coming Juul-puffing generation is eschewing alcohol for a healthier lifestyle. Here’s the cold, sober fact: the legalization of cannabis will not be the death knell of wine, an elixir that has been at the core of human civilization for over 8,000 years.

For starters, rivalry between alcohol and marijuana is nothing new. Back in the day when it was considered preferable, if not honorable, to dodge military service, young people were generally divided between the hip and the square, the former eschewing alcohol as the domain of their martini-guzzling elders in favor of the occasional (or omnipresent) joint. To no one’s surprise, over time, this element came to embrace alcohol, not out of a need for a different intoxicant or social lubricant as much as a mature understanding of alcohol developed hand-in-hand with the evolution of their taste in food, their appreciation for the more subtle values of stewardship of the environment, the convivial nature of a  meal with wine, and the generally positive social aspect of sharing a bottle. Millennials who indulge in alcohol primarily for its intoxicating effects may now delineate wine vs. cannabis through the dichotomy of its aftereffects; over time, today’s 20-somethings will acquire an appreciation for the nuances of flavor, aroma, texture, culinary enhancement—and.yes, health benefits—that wine uniquely imparts. No matter how much you extract THC or manipulate marijuana via potable or edible derivatives, it can never replicate the æsthetic pleasure that a glass of wine imparts.

And therein lies the rub. As Domaine Drouhin’s David Millman noted at last week’s North Bay Business Journal Wine Industry Conference (which I atypically missed), despite the financial constraints young people are facing today “In time, they will come around.” As did we all. Whether the relative impecuniosity (and concomitant lack of sophistication) of our post-collegiate years meant Boone’s Farm and Ripple or Bartles & Jaymes or White Zinfandel or pre-Sideways Merlot, just look to where our wine palates have evolved now!

Holy Kurniawan! Just when you thought you heard the last of the Italian Tignanello scandal or Spain’s rosé scam or the ceaseless parade of phony labeling in China, this happens here! In an exclusive report for Sostevinobile, Your West Coast Oenophile has unmasked an insidious scheme that has been gaming prestigious wine competitions here in California and across the United States! More than 25 people were arrested, following an early morning raid by San Benito County sheriffs at the offices of Eli Trojan & Co., a leading wine PR and promotions agency.

Among its notable clients caught up in the sweep was new vintner, Sarah Jessica Parker, who won both a Double Gold and First in Class— Valdiguié ($50 & up) for her inaugural bottling. Parker, who was named Maxim’s #1 Unsexiest Woman Alive in 2007 without any outside aid, allegedly paid more than $500,000 for Trojan to secure this win at this year’s San Francisco International Wine Competition. “I’m the victim here” she protested. “All I did was slap my name on a label. Otherwise, I would have known I could have won a medal like anyone else by simply paying the entry fee.” 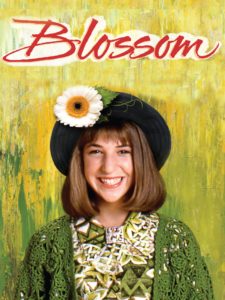 Another actress who sought Trojan’s help to procure an award was former teen sensation Mayim Bialik. Currently starring as Amy Farrah Fowler on Big Bang Theory, Bialik is a neuroscientist (PhD, UCLA) in real life, as well. “Given my extensive knowledge of hypothalamic activity in patients with Prader–Willi syndrome, you would know that the intricacies of carbonic maceration would be a piece of cake for me. Still, marketing and promotion is a bit outside of my wheelhouse,” she noted. Which may explain her shelling out a healthy six figures for Trojan to garner a medal for her 2018 Pet-Nat White Zinfandel at Dubuque’s prestigious Quad Cities Wine Competition & Corndog Marathon.

Her Big Bang Theory costar Jim Parsons has also ventured into the wine realm with husband Todd Spiewak. “I wanted to make a wine that really reflected my Texas roots,” Parsons explained. “Château Sheldon is dedicated to making the world’s finest Jalapeño wine, a daunting task to be sure. So it was critically important that we garner awards from the get-go.” Sure enough, thanks to Trojan’s intervention, their 2017 Spicey Dicey, a cactus pear infused wine captured Best of Show at the Oklahoma State Fair. “In retrospect, we probably could have won even without the bribe, given there were only eight wines competing.,” he noted. “But we’re a committed, childless couple. What’s $250,000 to us? It’s not like we have to buy an acceptance at USC!”

But even for $1,000,000, Trojan couldn’t pull off miracles. “I received a call from Roseanne Barr, looking for a win for her Faccia Brutta label. Basically, she was blending cases of Charles Shaw Pinot Grigio and Zinfandel, then repackaging it in cans as her own rosé. Maybe if they had held a wine competition at Monster Jam, there’d have been a shot. Still, I was happy to take her money, instead of her supplying MAGA caps to Yemeni refugees.”

Speaking of Two Buck Chuck, rumors that Fred Franzia had enlisted Eli Trojan, then known as Shelley & Eve, to capture his Chardonnay’s Triple Gold at the 2013 Orange County Fair. “After an exhaustive investigation, I can happily report I was completely exonerated,” Franzia beamed. “And that was before I sent a case of my new Shaw Organic to my bud Bill Barr!”

On a final, sad coda to this tawdry scandal, millions of fans were dismayed to learn that the gold medal awarded the 2018 Vidal Blanc Eiswein from the eponymous Justin Estate in Stratford, 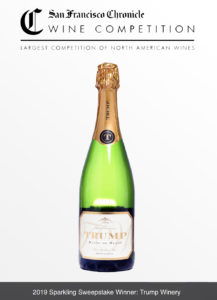 Ontario, had been rescinded, following revelation of Bieber’s payoffs to Trojan. “First he quits music and now this!” a hardcore Belieber lamented. “It’s too much too absorb in a single week!”

However, not everyone felt so sanguine about the former pop star.  “He and Hailey still come in and sit in their pew, holding hands like star-crossed teenagers,” a fellow congregant at LA’s Hillsong Church skeptically noted. “They hardly appear contrite to me.” But as another ardent imbiber noted, this scandal spoke volumes about the legitimacy of all the medals awarded this year at the San Francisco Chronicle Wine Competition. “Think about it. What does this say about all of their awards, like the Sparkling Sweepstakes Winner?”