Your West Coast Oenophile realizes Sostevinobile has been absent from the blogosphere for quite a few months now. And to be perfectly honest, I’m not sure it will emerge from the pandemic lockdown intact. My design for our looming brick & mortar operations has always been large-scale; can it be adapted to the “New Normal” successfully? How long will the burdens of social distancing be upon us?

The absence of trade tastings since March has been a major nadir of the pandemic. So, too, has been the onerous restrictions placed on wineries and their tasting rooms. From my standpoint, I cannot conduct my usual business with winemakers with free interaction curtailed, nor can I justify seeking trade accommodations when the availability of paid tastings is so dear.

THE DUCK DID NOT DIE IN VAIN!

My favorite market on Clement Street features fresh, whole duck at $2.99/lb. After deftly butchering the carcass, I wound up with the constituent parts for two Seared Duck Breasts,  two Char Siu Duck Legs, ½ cup of rendered Duck Fat, and three quarts of Duck Stock. (Frankly, I am disinclined to try my hand at cooking the feet. And as for the head, it wasn’t offal)!

If the duck hadn’t come gutted, I could have made paté from its liver and braised the gizzard, the true delicacy this bird offers. Every year, on the Friday before Thanksgiving every November, Peter Palmer and Farallon puts on PinotFest, a comprehensive but by no means exhaustive tasting from 60 of Oregon and California’s premier Pinot Noir producers. For me, however, the absolute highlight this annual event has long been the Duck Gizzard Meatballs, sourced from Sonoma County Poultry in Petaluma.

I was first introduced to Jennifer Reichardt as the fiancée of Mike Dmytrenko, the assistant winemaker at Radio-Coteau, a standout winery at PinotFest and one which I featured when I produced Brown & Its Winemakers for my grad school’s alumni association. I would have happily cottoned to her simply because her father is the founding farmer behind the Liberty Ducks that Sonoma Poultry exclusively raises, but subsequently she has established her own label, Raft Wines, as one of California’s leading Italian varietal producers. (So now will she tell me where she sources her Molinara, Corvina, and Rondinella)? 😁 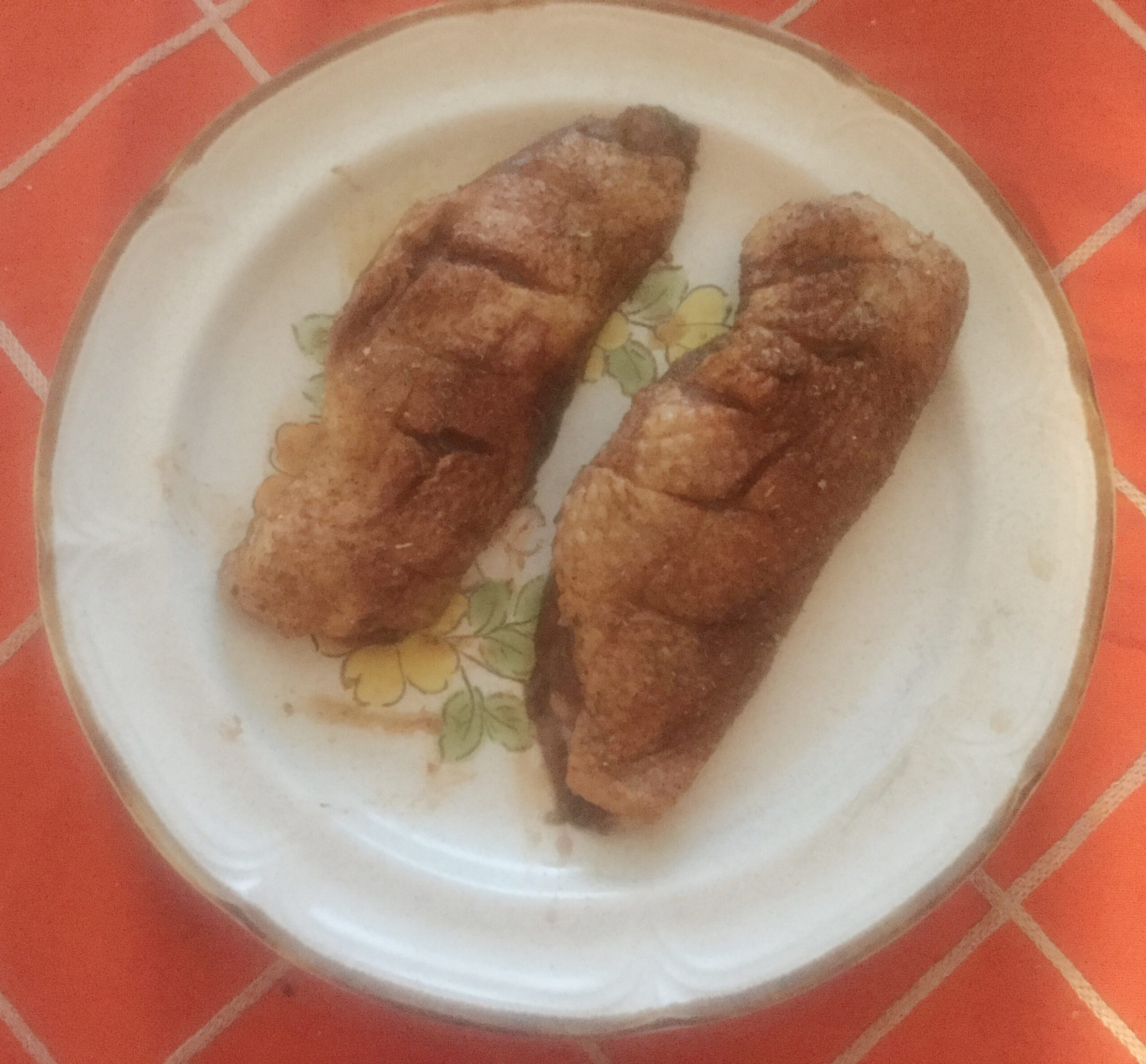 its ducks, though quite fresh, from a different supplier, but since this was my first time working with water fowl, I coöpted Jim Reichardt’s recipe for the spice rub. Served with Wild Rice I simmered in a crab broth, this turned out to be one of the finest dinners so far in my COVID-19 culinary renaissance.

I frequently raise the hackles of my fellow wine professionals by citing the specter of  Pinot Fatigue in referring to its inundation from 700+ producers on the West Coast. That, and my umbrage at being compared to Miles Raymond—I do NOT look anything like Paul Giamatti—cause me a bit of aversion when it comes to selecting a wine to accompany my dinner. But with Grocery Outlet selling off its allocation of Moshin Vineyards’ 2013 Pinot Noir North Coast for $8.99 (vs. $58!), I could hardly refuse.

The pairing proved splendid enough I  actually shelled out for another bottle to go with the Duck and King Oyster Mushroom Sausage I cranked out from the meat I flayed from the left over bones.

I truly wish there had been more events that offered such a range new discoveries for Sostevinobile. As enjoyable as I have always found the Russian River Valley’s Single Vineyard Night, since La Follette’s assistant winemaker and effervescent new mother Simone Sequeira guided me through their inaugural event at the then-C. Donatiello Winery a few years back, the sole revelation this year came from Via Giusti Wines, a single-selection wine project debuting their 2011 Russian River Pinot Noir. Formerly partnered with Paso Robles’ Grand Tasting Tour, the annual Lamb Jam Tour did offer me the chance finally to meet Grace Patriot, a Sierra Foothills winery with Dartmouth roots, here featuring their 2012 Riesling alongside a striking blend of Tempranillo and Graciano, bearing the portmanteau of 2009 Tempriano and a Cabernet Sauvignon/Syrah mélange whimsically labeled the 2007 Aboriginal. No
t from Oregon, Napa Valley’s Corvalle poured their 2011 Framework, a Cabernet Sauvignon tempered with both Merlot and Syrah.

Canoe Ridge is a Horse Heaven Hills holding from Precept Wine, one of the largest wine holding companies on the West Coast, but a relative anomaly with its focus on Oregon, Washington, and Idaho. Like Leslie Rudd’s Vintage Wine Estates and Foley Family Wines, its rivals in the current Mergers & Acquisition market, Precept gives wide latitude to its subsidiaries; this autonomy manifested itself admirably in four wines Canoe Ridge offered in complement to the featured lamb entrées: the 2012 Expedition Pinot Gris, a superb 2011 Expedition Chardonnay and 2011 Expedition Merlot, and the 2010 Reserve Cabernet Sauvignon. Cayucos Cellars, an independent winery from the Paso Robles AVA, offered three remarkably well-aged selections: a 2007 Chardonnay, their 2005 Cabernet Sauvignon, and the 2007 Syrah, matched alongside their 2005 Devils Gate Zinfandel and two curiously-named multivintage blends of Grenache and Petit Sirah, the Devils Gate x/ix and its fraternal twin, the Devils Gate ix/x.
A trip to Shone Farm, the producing winery and farm that serves as outdoor laboratory for œnology studies at Santa Rosa Junior College for the for the premier of The Press Democrat’s North Coast Wine Challenge offered quite a number of familiar faces, albeit with introductions to a handful of wineries . I had tried on numerous occasions to visit Amista as I wandered along Dry Creek Road in Healdsburg, and so was more than happy to begin this event with Mike & Vicky Farrow’s sparkling wine, the NV Blanc de Blanc Morningsong Vineyard. Here they also poured an impressive 2010 Chardonnay Morningsong Vineyard and their 2008 Syrah Morningsong Vineyard, with promises to share their full lineup when I finally do visit them. Also from Healdsburg, Estate 1856, a family-held vineyard that antedates me by a full century, impressed with their 2010 Malbec and 2010 Cabernet Sauvignon, alongside their signature 2010 Bordeaux Blend, a Cabernet Sauvignon rounded out with 10% Petit Verdot and 14% Malbec.
I had only recent encountered cardiac surgeon Ramzi Derek’s Grapeheart at a WineLuv tasting, but was pleased to resample their 2010 The Beat, a proprietary blend of 56% Cabernet Sauvignon, 27% Syrah and 17% Cabernet Franc. Also not new, but oddly missing from these pages: Trombetta, which I had met at the 2012 West of West Festival, revisited here with their 2010 Pinot Noir Gap’s Crown Vineyard, an outstanding wine that managed to be overshadowed by their exquisite 2011 Pinot Noir Gap’s Crown Vineyard.
Rob + Kat McDonald’s Art + Farm Wines produces a number of quirky labels that belie a solid viticultural heritage. Here they poured their 2011 The Girls in the Vineyard Sauvignon Blanc,and the 2011 The Girls in the Vineyard Cabernet Sauvignon, both single vineyard expressions, as well as the 2011 Circadia Chardonnay. Another seemingly unprepossessing venture, Thirty Seven Winery, situated at the Gateway to Carneros, provides yet another showcase for winemakers May-Britt and Denis Malbec, here featuring both their 2009 Pinot Noir and 2010 Chardonnay. And to my infinite surprise, they are finally making a Malbec here, as well!