Sostevinobile has not always been as diligent as we could be in visiting some of the outlying wine regions that we will be featuring, and so Your West Coast Oenophile recently ventured out to the Livermore Valley for the first time in a few years. Apart from its renowned gargantuan wine operations: Wente, the first significant Chardonnay producer  in California, and Concannon, which inaugurated Petite Sirah on the West Coast, far too many other members of the Livermore Valley AVA are relegated to relative obscurity outside the Bay Area (in no small part because these two aforementioned wineries were permitted to remain open during Prohibition).

To rectify matters, I took recently advantage of an invite to attend the ribbon-cutting ceremonies for Wente’s Table & Tasting Lounge to reacquaint myself with some of the AVA’s cutting-edge producers. Readers who know me know I have long been a vocal advocate of Steven Kent, a producer whose Cabernets deliver more bang for the buck—$125 for a bottle that would easily fetch $500+ if the label read Napa—than perhaps any other winery on the West Coast, along with Daou and Quilceda Creek. Less publicized is that his family’s former winery, Mirrasou, had committed 250,000 cases of their White Zinfandel to my debut bottling, George Herbert Walker Blush, before the bureaucrats at BATF denied us label approval.

Thirty years later, Steven’s wines are a far cry from what I experienced in the snow-covered (!) vineyards in San Martin. Our tasting began with a sneak taste of their just-bottled 2018 Ragbag Albariño, a crisp, deft expression of the grape form Lodi’s acclaimed Bokisch Vineyards. Similarly, the 2018 Lola was a predominantly Sauvignon Blanc blend, mellowed out with a substantial 32% Sémillon. Mid-range BDX single-varietal bottlings of the classic, pre-climate change Bordeaux reds from their Ghielmetti Estate Vineyard, was strikingly represented by the non-vintage BDX Collection Malbec, while the 2015 Cabernet Sauvignon exquisitely blended their Ghielmetti Cabernet with 4.5% Petit Verdot and 4.5% Merlot from nearby vineyards.

Though young, the 2016 SVS Cabernet Sauvignon, produced entirely from the Clone 7 plantings at Steven Kent’s Home Ranch Vineyard, totally exemplified why this unassuming operation deserves to be ranked among the elite producers from California’s more heralded regions. A beautiful wine with the promise of attaining its full potential in another 10 years.

From there, I moseyed on to Darcie Kent, no relation to Steven but certainly a kindred spirit in raising the bar for Livermore viticulture. Their quaint, cottage-style winery stands in welcome contrast to the industrial feel of the nearby Lawrence Livermore National Laboratory and the soulless abodes of its nuclear physicists. Darcie and her husband David greeted me with a special hand selected tasting that began with their 2018 Sauvignon Blanc, a self-described spicy interpretation of the ever-so-delicate Musqué clone. Next up was their spectacular 2018 Rava Blackjack Grüner Veltliner, a signature wine that predated the Kent’s’ move into their own facility. I was similarly impress with the upcoming release of the 2018 Pistachio Lane Chardonnay, while the library selection of the 2014 DeMayo Chardonnay aged beautifully.

Darcie Kent’s Petite Sirah bottling, the 2009 Madden Big Petite amply showed why this varietal remains a mainstay in Livermore. We concluded the tasting with their 2015 Firepit Red, a deft mélange of the premium fruit from their Crown Block Estate Vineyard: Petite Sirah, Cabernet Sauvignon, Cabernet Franc, Malbec, Merlot, and Zinfandel. Afterwards, I stayed on as a guest for their barbecue and concert by The Novelists, a Reno-based quartet that adeptly covers hits from Bruce Springsteen and Queen to Toto and Pink Floyd. It was a splendid coda to a splendid visit.

My only regret of the afternoon was not allotting sufficient time to visit with the many other wineries here. Since my last visit to Livermore, there has 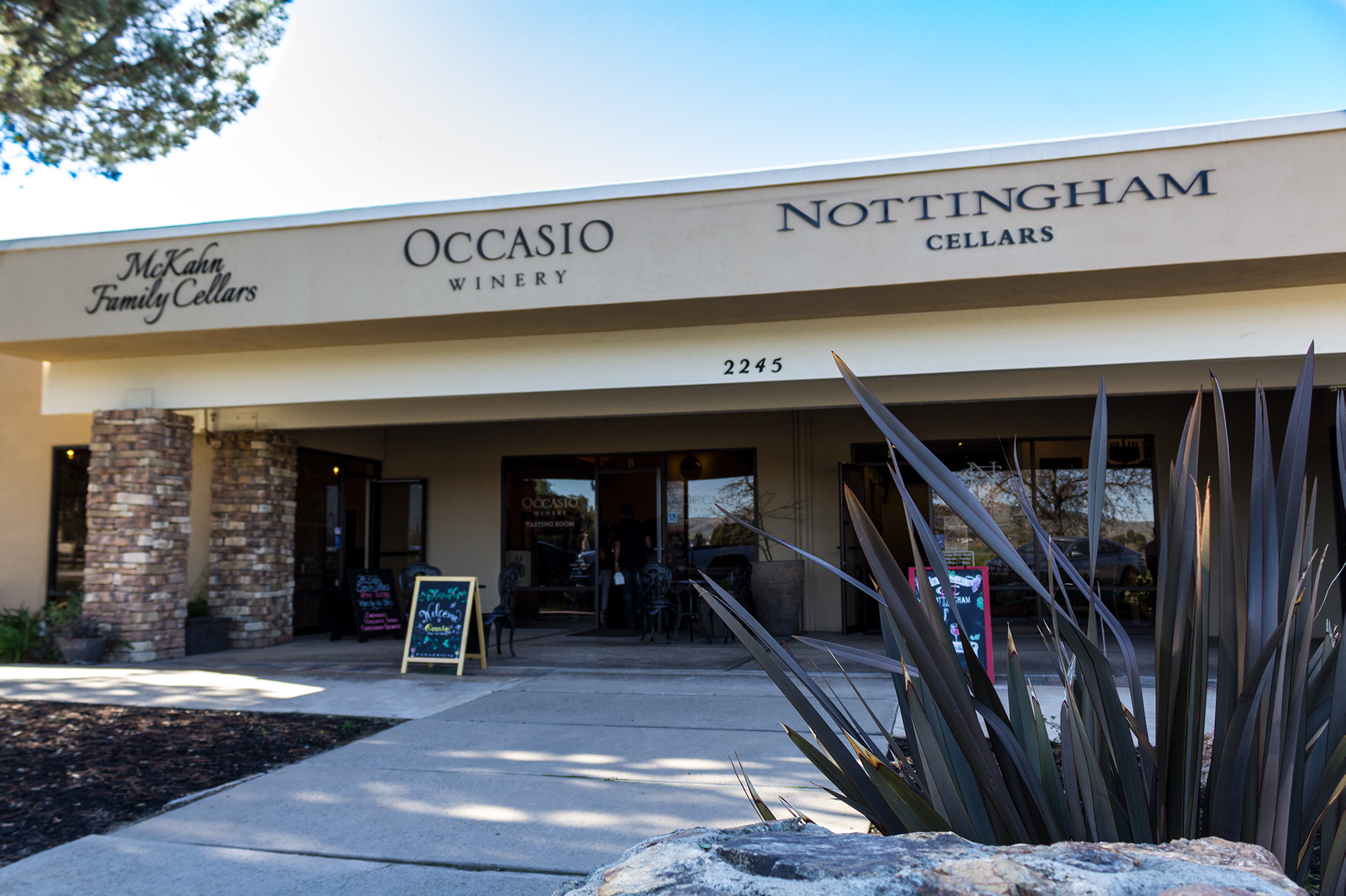 been a notable proliferation of vineyards, tasting rooms, and producers, along with a collaborative effort to upgrade facilities here from the rather mundane sterility of a light industrial complex to more inviting and encompassing tasting experiences, as renovation of S. Vasco Road’s The Block 37 attests. I intend to make up for this lapse quite soon.