It has been an unusual month or so for Your West Coast Oenophile. My dedication to focusing the wine program at Sostevinobile exclusively on sustainably-produced wines from the West Coast has not altered, but I continue to be exposed to wines from the other 47, most recently Colorado and Hawaiʻi. Spending over 24 hours on various flights over a 10-day period left me plenty of time for idle thoughts, and so I enumerated all the states whose wines I have sampled over the years. Apart from California, Oregon, and Washington, as well as the other two aforementioned states, there have been vintages from Arizona, New Mexico, Idaho, Texas, Missouri, Michigan, Vermont, New York, Delaware, Virginia, and North Carolina. I vaguely recall trying a blueberry wine from Maine, but won’t include that in my tally, and I did polish off a bottle 17° Zinfandel my former fiancée’s Uncle Carlo produced in his Rhode Island basement, which would bring me up to 17 states. Just because.

From there, I reckoned that I had tried wines from each of the six inhabited continents, which encompassed 26 different countries. Besides the US, there have been North American wines from both Canada and Mexico. South America has Argentina, Chile, Uruguay, and Brazil. Of course, Australia and New Zealand. South Africa was another given, while Morocco was a unique experience shared with Francis Ford Coppola’s brother Augustus. From Asia, there has been Georgia, Lebanon, India, and China, while Europe included Italy, France, Spain, Portugal, England, Germany, Switzerland, Austria, Hungary, Croatia,  and Slovenia. I may have tried wines from Moldova and Bulgaria, as well, but the memory is a bit fuzzy on these two counts.

The embarrassing part of all this is how few of these places I’ve actually visited. But while I await a whirlwind world tour once Sostevinobile’s doors are opened, I managed to slip away for a few days last week and finally make the trek to Maui, courtesy of a complimentary ticket I won from Southwest Airlines. With barely a couple days to plan my excursion, I left my fortunes in the hands of the resort’s concierge. It would be an unfair comparison to equate her choices, like the Lū‘au Te Au Moana at the Wailea Beach Resort, to experiencing Italian food at Olive Garden, but it wasn’t far from the mark. And it did get me lei’d! The Zipline tour seemed a bit perfunctory, as well, but standing above the Haleakalā Crater did feel like I was on top of the world and could just make out Japan on the horizon.

Following this sojourn, I rolled down the volcano and wound through the most circuitous route I could map out to the island’s northeast shores, bypassing the chance to tour Ulupalakua Vineyards, Maui’s viticultural foothold, while glimpsing the vast span of haole intrusions, from cattle farms to polo fields, before finally traversing intimations of the lush rainforests of the Wai’anapanapa State Park that lay further along the Hana Highway. Emerging near the town of Pe’ahi, I meandered west until coming upon the storied “hippie enclave” of Pa’ia.

This rustic town seems quite akin to Bolinas in West Marin, though the locals here do keep the road signs posted. As such, downtown Pa’ia offers a greater variety of shopping, drinking, and dining options, along with plentiful strains of the local bud,—should one choose to partake. I opted instead for glass of the sugar cane-based Ocean Organic Vodka at Charley’s Restaurant and Saloon, then surveyed my dining options before choosing my pentultimate Hawai‘ian meal at the understated Pa’ia Fishmarket.

My slection could not have been more fortuitous. The popularity of this quaint shack, with its multiple communal dining benches, bespoke the quality of its exceptionally well-prepared fare. I opted for one of the Specials of the Day, the fresh Opah, grilled to perfection, along with a bountiful helping of rice and potatoes. The obligatory glass of wine, Tuck Beckstoffer’s 2018 Hogwash Rosé (sorry, Ulupalakua), proved a worthy accompaniment to this ample repast, while the anything-but-touristy tab could easily be afforded two or three times a week.

In a word, serendipitous. Which brings me to the point of this post. I currently have 4,363 West Coast wine producers logged into the Sostevinobile database, with another 500-600 on my to-do list. I had thought I could expedite my goal of cataloguing every sustainably-focused winery in California, Washington, and Oregon through the 2019 Wines and Vines Buyer’s Guide, but, to my surprise, this industry staple only lists 5,996 wineries throughout this region, a mere fraction of the 12,000+ labels I estimate are currently in production. Without a centralized source for all this data, my methodology ultimately compels me to stumble upon the unlisted and yet-to-be listed, like Stagiaire. There are, of course, trade tastings, wine bars and wine shops, forums like Seven% Solution and Bâtonnage, regional trade associations, varietal advocacies, etc., but I have been most successful in discovering new wines and wineries simply by getting lost on my visits to different wine regions and invariably coming across a label that has received little-to-no fanfare in wine circles at-large.

Which is why my latest excursion to Napa proved such a dud. Not that the wineries I visited weren’t routinely excellent. The problem was that every place I came across was sealed off with an electric gate and a large, ominous sign limiting visits to “By Appointment Only.” Up until this year, it was relatively easy to flaunt this requirement, but TTB has started vigorously enforcing license restrictions and is clamping down hard.

Domaggio!This may be fine for keeping tourism at a manageable level and curtailing the general public, but for my purposes, the loss of serendipity, of being able to discover the hitherto unknown winery, meet with its principals , and sample through their wines, is truly a monumental shame.

Admittedly, it is not easy for Your West Coast Oenophile to taste through an array of barrel samples and report on them in any insightful way for Sostevinobile. It was an auspicious start to May to attend the preview tastings for the 5th Annual Sonoma County Barrel Auction, an innovative industry event bringing together unique futures and cooperative bottlings from a wide array of vintners throughout the county. Certainly one of the high points of the Thursday events was the Sonoma County Innovators & Icons Celebration, a tribute tasting to David Duncan & Family, from sustainability pioneers Silver Oak Cellars, philanthropist Ron Rubin of his eponymous winery, Margo Van Staaveren, who revived the fortunes of Château St. Jean and Rod Berglund from Joseph Swan Vineyards.

Still, my greatest revelation came from the understated auction lot Gallo star winemaker Aaron Piotter crafted for their Bear Flag label from their Monte Rosso Vineyard in the Moon Mountain AVA. Labeled as a varietal expression of Zinfandel, this one-time only lot blends in 5% Dakapo, a varietal only found in California on this site and unknown to virtually everyone in attendance, including yours truly. Having taken pot shots at Chambourcin in my last post, I of course had to stumble upon yet another grower-manipulated teinturier, this one a Swiss-created blend of Blauer Portugieser and Deckrot (don’t ask) first made available in 1999.

Perhaps more interesting than its lineage, however, is the etymology of its name, which is apparently a corruption of Da Capo, an expression well-known to the musically accomplished. And for those who know the true identity of Your West Coast Oenophile, this takes on a delightful double-entendre.

Even when Your West Coast Oenophile isn’t trying, it seems everything somehow lands up relating to Sostevinobile. My recent trek to Corte Madera for the Preview Gala for Marin 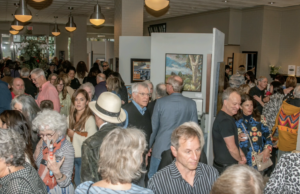 Open Studios landed up having little to do with the artwork hung along the walls of Suite 325 in the Town Center and even less to do with the eclectic collection of attendees than it did with the inscrutable potpourri of wines that accompanied this elegantly catered affair. Apart from a couple of Three Wishes/Quail Oak or similar bottom-shelf selections ($3.50 Pinot?), my initial choices were a pair of Texas wines I similarly did not bother to record or try. And so the volunteer bartender produced a bottle of something from somewhere in Missouri.

Now I am more than happy to cede the title of Earthquake Central to the Show Me State, but no matter how venerable their viticultural endeavors may be, I have little interest in switching my West Coast allegiance. But with choices so suspect, I capitulated and asked for a glass of Petit Verdot,

heralding from an outpost in Virginia. The wine wasn’t too bad, nor was it too good—“serviceable” is the most frequent term other wine writers might charitably apply to such a vintage. Of course, it didn’t take much to bring out the cynic in me after that.

“I don’t suppose you have anything from Delaware?” I inquired, my sardonic side taking over. But much to my surprise—or chagrin—they did! The 2016 Laurel’s Red from Nassau Valley Vineyards of Lewes, DE is described as an unoaked “semi-dry red table wine” made from 100% Chambourcin, a varietal with which I had no previous familiarity. This French-American hybrid was first commercialized in the 1960s and apparently is popular in the renowned viticultures of New Jersey, New York, and Pennsylvania. None of the literature I’ve sourced lists Chambourcin’s parentage, but, curiously, the grape is a teinturier, like Alicante Bouschet, Saperavi, and Colorino, meaning it produces a red juice when crushed, even without skin contact. Any parallel to the flavors of these other noble grapes is an entirely different matter.

I couldn’t help but wonder why, with a couple of dozen wineries now in Marin, not to mention its obvious proximity to the Petaluma Gap and Sonoma Coast AVAs, both of which cross over to the 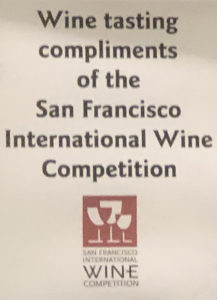 northern part of the county, the event organizers needed to resort to such farfetched selections. As it turned out, these wines had all been part of the recent San Francisco International Wine Competition, donated through the extreme generosity of one of the judges, who was probably averse, as I would have been, to taking these leftovers home to foist onto those near and dear—especially if these had been one of the 13 or so wines, out of 4,127 submissions that did NOT win a medal!

Coda: a few days later, I found myself at a poolside soirée, confronting a bottle of the 2016 Malbec Reserve from Becker Vineyards, a Texas winery that has garnered 11 SF International Medals for such wines as Muscat Chenin and Prairie Cuvée. As I reluctantly quaffed this feeble rendition, I could hear echoes of Maude Findlay admonishing her milquetoast husband, “God’ll get you for that!”