Your West Coast Oenophile hit the road this past weekend for Sostevinobile. Actually, I was doing double-duty, as we launched Risorgimento, the new trade association for producers of Italian varietal wines in California at Barbera

Festival in Amador on Saturday. Having attended this event numerous times, at both Cooper Ranch and at its current site, Terra d’Oro, this marked the first time I actually poured instead of tasted.
Even when I have a particular fondness for a certain grape, it becomes quite difficult for my palate to distinguish the nuances of the various renditions of this varietal after 20 or 25 different samples. As I would have been, even this afternoon’s diehard Barbera aficionados took a liking to the selections of Arneis, Vermentino, Rosato di Sangiovese, Montepulciano, Sangiovese, and Charbono we served at our table—in no small part since we were one of the few participants serving chilled wines amid the 95°F weather! Regardless, the message was inarguable: wine lovers are clearly looking beyond the orthodoxy of Cabernet Sauvignon, Merlot, Chardonnay, Pinot Noir, Zinfandel, Sauvignon Blanc, Syrah, and Petite Sirah that constitute some 93% of California’s wine production.

The following day, I wound my way down to the Sacramento area, where Friends of the Clarksburg Library held their 31st Annual Wines of Clarksburg fundraiser at the storied Heringer Estates. As does Gallo in Modesto, Heringer has long dominated the Clarksburg landscape, to the point it seems, to outsiders, to be the only producing vineyard or winery in the town. But, in fact, there are well over 35 labels in the region, most of which were on hand this afternoon or had donated to the silent auction. And while Clarksburg seemed, for long, the last vestige of California’s once-ubiquitous Chenin Blanc, numerous other varietals are produced quite successfully in this AVA.

Last year, I had toured the riverside estate of Miner’s Leap on an impromptu tour of Clarksburg, so was happy to revisit with them here. To be candid, the 2016 Rosé of Pinot Noir left something to be desired, but I did cotton to their 2016 Tempranillo, along with their NV Harmony, a proprietary blend of Cabernet Sauvignon, Petit Verdot, Petite Sirah, and Syrah. Another past discovery, Scribner Bend, situated on the opposite bank of the Sacramento, selected their 2018 Pinot Gris and a suitably-aged 2014 Syrah.

During my visit last year, I had sought, in vain, to locate Wilson Vineyards, so it was fortuitous to find them here. Sadly, though, this winery is winding down its operations, but still generously poured its 2016 Petite Sirah, along with a less-than-memorable NV Almond Sparkling. I had wrapped up that day most memorably at Julietta, an intimate operation which here poured their 2016 Beverly’s Inspiration was an austere combination of Zinfandel, Syrah, and Grenache. Their chilled offerings included a 2018 Rosé of Tempranillo and a far-from-obligatory 2018 Chenin Blanc.

Speaking of obligatory, I would have expected Ken Musso’s Due Vigne to be pouring a selection of their Italian varietals, and so was not disappointed to discover NV Romanza, an unspecified “blend of mostly Italian varietals.” Ironically, the 2018 Rosato Rosé, a redundancy whose name begs a mixed pedigree, wedded Syrah with 20% Cinsault. One Clarksburg winery from which I always expect great things is III (Three), an independent venture from Matt Cline of the third generation of Sonoma’s Jacuzzi family. Though Matt was not on hand this afternoon, his staff comported themselves admirably with his 2017 Sauvignon Blanc, an exceptionally approachable wine, along with the wondrous 2013 established 1885, an eclectic blend of 30.3% Carignane, 32.5% Zinfandel, 29.8% Mataro, 4.1% Petite Sirah, 2.9% Cinsault, and 0.4% Alicante Bouschet.

Due Vigne and III are both part of the winery collective at Clarksburg’s Old Sugar Mill. The original tenants of this facility, Carvalho, now operate on the north side of the Freeport Bridge, alongside their Freeport Wine Country Inn and Bistro. Produced in their former location, the 2016 Syrah seemed a perfunctory wine, while their Boot Shed Red Lot 7, a proprietary blend of Tempranillo, Syrah, and Teroldego, proved compelling. One of Clarksburg’s oldest wineries, Bogle, has been ensconced in its own facility since 1979. Here they ably demonstrated why they have managed their longevity, starting with their 2017 Chardonnay and 2017 Petite Sirah. Their standout, however, came from the 2015 Phantom, a truly deft blend of 44% Petite Sirah, 44% Zinfandel, 10% Merlot, and 2% Cabernet Sauvignon.

Twisted Rivers, a nearby operation from Duke Heringer, poured their 2017 White Raven, a contrasting Viognier/Chenin Blanc blend, alongside a nicely-aged 2011 Petite Sirah and a splendid 2016 Primitivo. Also geographically themed Grand Island showcased their premium line, with both their 2017 Salman Family Reserve Chenini Blanc and the noteworthy 2017 Salman Family Reserve Premier, a Bordeaux-style Meritage.

If it were coastal, Elevation 10 would likely be threatened by climate change in the none-too-distant future, but here in the Sacramento Valley, it remains a thriving enterprise with noteworthy wines. I usually associate their winemaker, Marco Cappelli, with the El Dorado AVA (alongside the Amador region I had just visited), and, indeed,  many of their wines do herald from the Foothills. But their Clarksburg selections proved quite deft, starting with the 2016 Chardonnay and finishing with a superb 2016 Cabernet Franc. Dancing Coyote heralds from the Lodi AVA, but sources much of its fruit from Clarksburg. Examples here included their rather sweet 2017 Chardonnay, an adequate 2017 Rosé of Pinot Noir, alongside a more developed 2016 Pinot Noir. 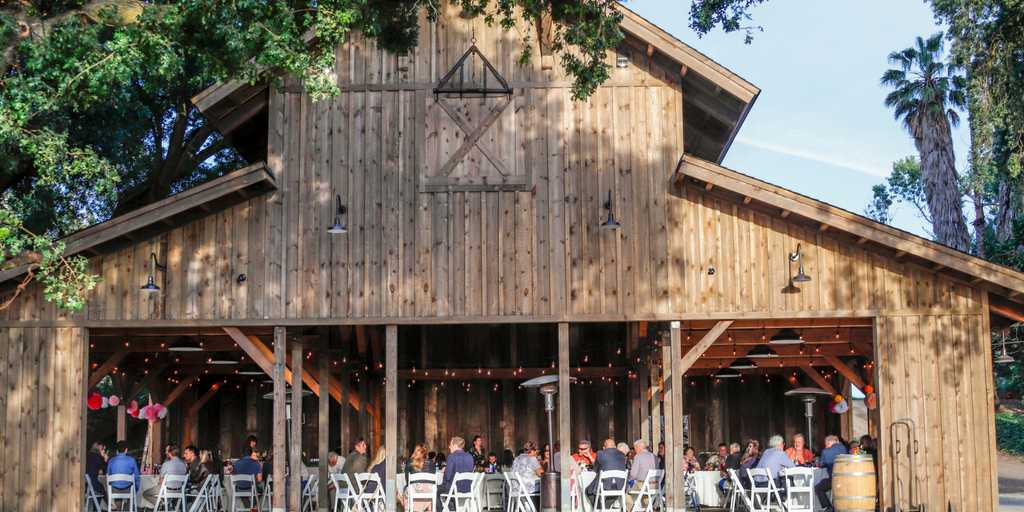 Admittedly, Clarksburg will be on few people’s radar as a major wine region, but the newly-restored barn at Heringer easily qualifies as one of the most inviting tasting rooms I have ever visited. And in keeping with it reputation as the pinnacle of this AVA, our host winery shared with this event a 2018 Moscato (subsequently revealed to be Muscat Canelli) and a delightful 2018 Pinot Gris. But their forte at Wines of Clarksburg proved to be the spectacular 2015 Tempranillo, a wine ideally suited to the evening’s Andalusian breeze.

Keeping pace with Heringer’s vineyard operations in Clarksburg is the variegated operations of Ogilvie Merwin Ventures (not to be confused with advertising tita Ogilvy & Mather). here they debuted a new label, Fellow, which brought six of their wines to sample, including the 2018 Sauvignon Blanc, the 2018 Chardonnay, a dry 2018 Gewürztraminer, and a striking 2018 Chenin Blanc.On the red side, I found the 2017 Petite Sirah equally compelling, while the 2018 Pinot Noir served amiably for such a young wine. The 2016 Pinot Noir from sister operations Silt rivaled this bottling, but their 2016 Merlot clearly stood out. I have never been able to appreciate a Valdiguié, but here a 2018 Rosé finally brought me around to this unassuming varietal.

Silt, of course, produced its own 2017 Chenin Blanc, but partner Phil Ogilvie was intent on showcasing multiple expressions of this grape from an array of wineries that source his fruit. Local winemaker Jason Lee’s Zah opened with an excellent 2018 Chenin Blanc, as did Sonoma’s Dry Creek Vineyard. Another familiar label, Vinum Cellars. was represented with the 20th Anniversary Edition of their Chenin, the 2017 CNW. Again from Sonoma, West of West stalwart Gros Ventre juxtaposed their 2017 Chenin Blanc with a noteworthy 2018 Chenin Blanc Merritt Island. Like Risorgimento, Seven% Solution is a wine movement dedicated to non-mainstream wines; at its past tastings, La Pitchoune has been featured for its Chenin Blanc, exemplified here with its 2017 La Bombe. Lastly, Ogilvie displayed both of maverick Santa Cruz winemaker Megan Bell’s contrasting Margins bottlings: the 2018 Clarksburg Chenin Blanc with her utterly compelling 2018 Skin Fermented Chenin Blanc.

After Wines of Clarksburg, I detoured to Davis for a truncated dalliance, then reluctantly headed back to the Bay Area. An exhausting weekend, to be sure, but a weekend nonetheless well spent.