It is not often that Your West Coast Oenophile finds himself retreating on a position taken here. Actually, Sostevinobile has never not held the wines of Monterey County in high regard, but, in the past, I have taken some issue with what I perceived as an over-reliance on conformity, particularly within the Santa Lucia Highlands. This AVA is not alone in producing a plethora of wines from its predominant vineyards—how many Napa labels produce a George III or To Kalon Cabernet? But, in the past, I have been hard-pressed to find an SLH Pinot Noir not heralding from Garys’ or Pisoni or Tondrē or Sobranes or Doctor’s, etc.

And so, it was most welcome to discover nearly all the wineries pouring at this month’s 26th Annual Monterey Winemakers’ Celebration focused on estate bottlings. Additionally, the array of varietals here encompassed far more than the preponderance of Pinot Noir and Chardonnay that I had anticipated. Among the most striking offerings I discovered were the 2013 Estate Bottled Mourvèdre from Shale Canyon, both the 2015 Syrah and 2015 Marsanne from Michaud, an alluring 2014 Carmel Valley Estate Syrah from Silvestri, and the 2014 Grenache from Scratch, which also poured one of the most focused Pinots of the afternoon, their 2013 Pinot Noir KW Ranch Vineyard. Both Testarossa and Hahn offered a captivating 2016 Pinot Noir, while the decidedly understated Blair Estate contrasted their excellent 2013 Pinot Noir Delfina’s Vineyard with an equally compelling 2013 Pinot Noir The Reserve from the same proprietary vineyard. 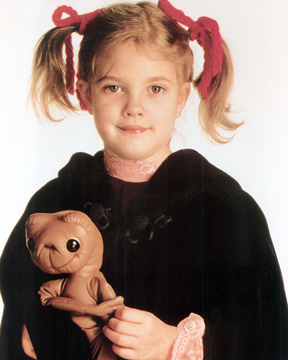 wines after her less-than-stellar vintages originating from Italy at the beginning of this decade. Now calling Monterey home, these wines included her 2017 Rosé Of Pinot Noir alongside Carmel Ridge’s 2015 East Bend Chardonnay and their 2014 First Row Pinot Noir. Another collaboration, Seabold Cellars had included the late Peter Figge at the helm;m his deft topuch was evident in their 2015 Monterey County Chardonnay and 2015 Monterey County Pinot Noir, as well as the newly released 2017 Riesling and 2017 Rosé.

An old pro with a new label, Ian Brand has folded his acclaimed Le P’tit Paysan and Marea labels into I. Brand & Family. Needless to say, I was equally impressed with a crisp 2017 Albariño Kristy Vineyards, the 2016 Jack’s Hill Chardonnay, his 2015 Grenache Brosseau Vineyard, and the 2017 Rosé, a predominantly Mourvèdre blend , with Grenache and Cinsault.

In a resurrection of a different sort, Big Sur Vineyards, which was lost to the 2016 wildfires, has arisen like the phoenix with its Carmel Valley facility. Owner Lenora Carey poured a generous selection of her vintages, starting with her 2015 Monterey County Chardonnnay, the 2016 Rosé vinted from Cinsault and Grenache, a robust 2013 Pinot Noir from the slopes of the Laureles Grade in Monterey, a 2015 Syrah, and her proprietary 2015 Big Sure Red Wine, a delightful mélange of Grenache, Syrah and Petite Sirah. All in all, it was good to have her back and running strong once again.

As it was so good to see Monterey evolve so nicely. I was first introduced to the region in the mid-1980s when Ernest Gallo flew over the 10,000 acres he had under contract here in a prop plane and announced “we’re not buying any of these grapes this year.” Following that scramble came the nadir of the Coastal labels for brands like BV and Robert Mondavi. Fortunately, the evolution of the Santa Lucia Highlands turned Monterey’s fortunes around, but with a terribly monolithic focus. The current expansion of both varietal selections and estate properties holds even greater promise for the Monterey AVA; I was more than jazzed I could partake in it.